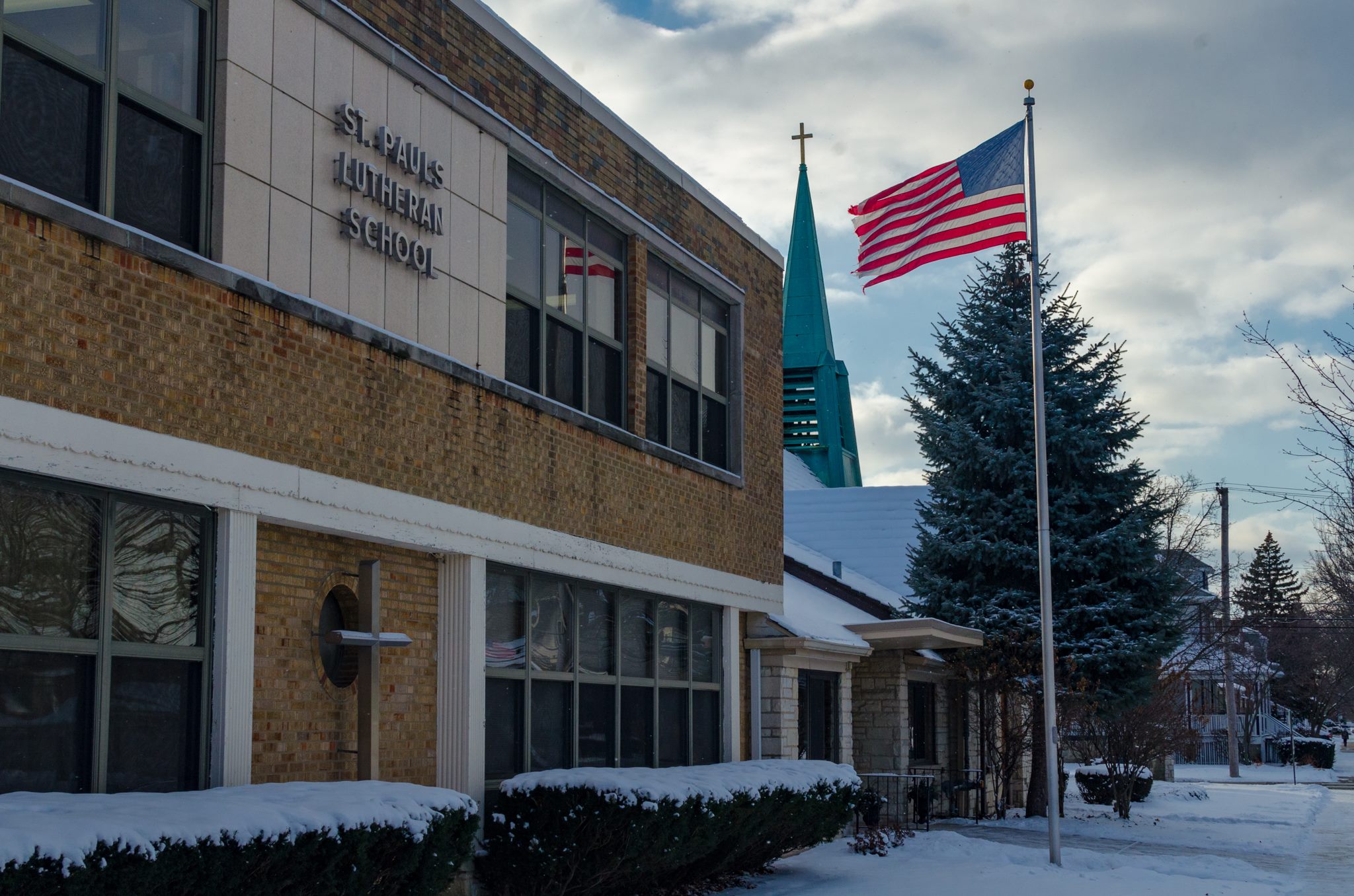 In 1912 it was decided that the sacristy of the church was unsuited to serve as a classroom, and since the congregation had no parsonage, the congregation undertook the construction of the building that was to serve as school and parsonage.  On May 9, 1912, a motion to purchase the two lots east of the church and to erect a school building was approved.  Excavation of the new building was to begin in June, and on October 6, 1912, the congregation dedicated its new school building, which also housed a modern parsonage on the second floor.  The cost of the building was $5,312.86; the lots were purchased for $615.  In September of that year the school opened with 24 children.

In 1918, because of World War I, the school was able to enroll only ten children, so it was closed.  In 1921 Pastor Oscar Rockhoff's efforts to re-establish a Christian Day School resulted in the opening of St. Paul's School with an enrollment of 12 students. The school closed again in 1922, when only four students were enrolled.

In 1923, under the crusading leadership of Mrs. Marie Verdon, who went house to house to encourage parents to support a Christian education for their children, St. Paul's Lutheran School re-opened in Fall of that year.

In 1925, the school enrollment continued to grow, and it became necessary to provide larger quarters for the school.  On May 28th that year, approval was granted to erect a new parsonage, and convert the two rooms above the current school into a suitable classroom. The school had now developed into a fully accredited eight-grade school.

Over the course of St. Paul's 118+ year history, the commitment to Christian Education has remained. 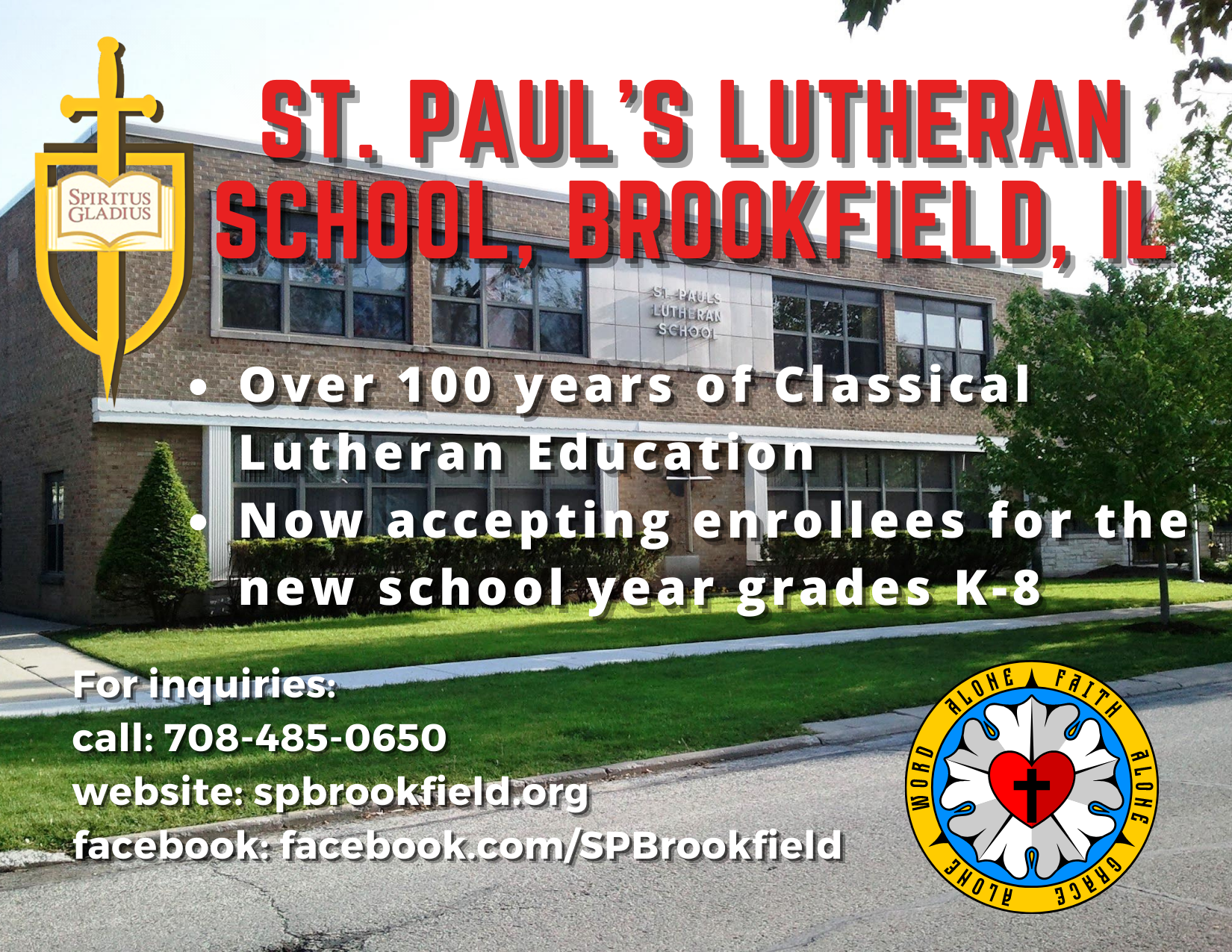